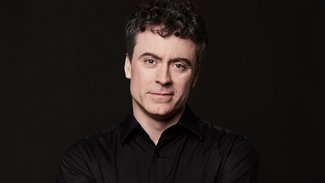 ‘There are many prized recordings of the Beethoven sonatas from past masters and current artists. But if I had to recommend a single complete set, I would suggest Mr Lewis’s distinguished recordings’

Few British pianists have made a greater impression on North American audiences in recent decades than Paul Lewis. His searching interpretations, hailed by critics for their rare nuance and imagination, can be heard again thanks to a series of transatlantic visits this season. He returns to the United States this fall for a recital tour, opening on 18 October at Buckley Recital Hall, Amherst College. His itinerary unfolds with dates at the Memorial Chapel, Schenectady (20 October), Kaufmann Concert Hall at New York’s 92nd Street Y (24 October), and the Horowitz Visual and Performing Arts Center in Columbia, Maryland (26 October). Lewis’s latest recital programme marks the conclusion of his acclaimed Haydn, Brahms and Beethoven project, which he launched three years ago.

“At the end of my exploration of these composers over the last three seasons, we reach possibly the greatest of Beethoven’s piano works, the Diabelli Variations,” Paul Lewis comments. “I decided to place it together with Haydn’s early Piano Sonata in E minor Hob. XVI/34, which is not played so often but is a wonderful piece, full of drama but with little of the humour we associate with Haydn. It makes a good companion to Brahms’s Op.117 Intermezzi, three of the saddest pieces he ever wrote, the ‘lullabies to my sorrow’, as he called them. The heartfelt anguish is there, but Brahms doesn’t scream about it; everything is internalised, which makes these pieces all the more powerful. The Diabelli has that, too, in the eighth variation for instance, but touches on every imaginable state of being.”

Lewis, who first performed Beethoven’s monumental set of variations almost twenty years ago, reflects on the gradual evolution of his interpretation and the often imperceptible changes of perspective that come with age and experience. “I remember what an effort it was just to learn the music back then,” he recalls. “I’m so glad I did that hard work in my late twenties and am not coming to it for the first time in my late forties. The Diabelli is fifty-five minutes long; whenever I play it, I know that it’s going to be a different journey, that there will be diversions along the way that I could never anticipate. You learn something new with each performance, which is one of the many absorbing things about it.” Lewis’s recordings on Harmonia Mundi of the Diabelli Variations, together with Beethoven’s complete Piano Sonatas and Piano Concertos alongside the BBC Symphony Orchestra and Jiří Bělohlávek, will be re-released as a special boxset to mark the composer’s anniversary, while his first ever recording of the complete Bagatelles will be released in summer 2020.

The pianist speaks of his deepening relationship to the music of Brahms and recalls his resistance to it until he turned forty. “What I’d struggled with before was no longer a problem,” he recalls. “I had felt that the utter perfection of the craft was somehow locking in the expression, but suddenly sensed that the friction between that perfection and Brahms’s incredibly tempestuous soul was something to play with in performance. It used to be a problem for me but now I enjoy that tension. There have been moments with the late piano works where I’ve wondered why I was so resistant to them before – how could I have lived without this music?”

In addition to celebrating Beethoven’s 250th anniversary in 2020 with multiple performances of the Diabelli Variations worldwide, Paul Lewis has made room for Mozart and Grieg. He will join the New York Philharmonic Orchestra and Daniel Harding at Lincoln Center for the latter’s Piano Concerto in A minor (9, 10 & 11 January) before travelling to Montreal to explore Mozart’s Concerto for two pianos No.10 in E flat major K365 in company with Angela Hewitt, the Montreal Symphony Orchestra and Kent Nagano (16 January). “There’s something very friendly about the Mozart,” he says. “It’s a work with no big storm clouds, which smiles more or less from beginning to end, something for friends to play together. And the Grieg is quite simply a wonderful piece, far from an old Romantic warhorse. It’s fresh and lyrical, and that’s what I love about it.”

Beethoven beckons again at the end of January when Lewis performs the composer’s Piano Concertos Nos.1 & 4 with the Chicago Symphony Orchestra and Sir Andrew Davis (30 & 31 January; 1 & 4 February). “I first performed Beethoven piano concertos with the orchestra eight years ago and have programmed the others since” he observes. “I played the Second Piano Concerto with the CSO and Bernard Haitink in October 2018, and I am looking forward to performing the remaining ones, the First and Fourth Concertos, this season.”

Paul Lewis returns to the United States for the last time in the 2019-20 season in partnership with Steven Osborne. Their programme of piano duets trains the spotlight on French repertoire. They open with Fauré’s ‘Dolly’ Suite and continue with Poulenc’s Sonata for Piano four hands, Debussy’s Six épigraphes antique and Petite Suite, Stravinsky’s Trois pièces faciles and Ravel’s Ma mère l'Oye for piano duet. The tour opens at the Kennedy Center Concert Hall in Washington, D.C. (18 February), and moves on to the Middlebury College Center for the Arts Concert Hall, Vermont (19 February), Princeton (20 February), Boston’s Jordan Hall (21 February), and Vancouver Playhouse (23 February).

“Steven and I began playing duets about twenty years ago,” notes Lewis. “It’s always such a pleasure to make music with him. He’s more associated with the French repertoire than I am and most of these pieces are new to me and not to him. I’m sure he will teach me how to play them! This is beautiful music that, on the whole, was written for friends to play together.”

Schubert Sonata for Piano No.18 in G major D894