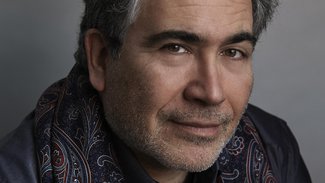 Conductor’s busy season includes concert revivals of original versions of Leoncavallo’s Zingari and Mercadante’s Il proscritto, returns to the Metropolitan Opera, Bayerische Staatsoper and Paris Opéra, bold symphonic programmes with the Hallé and in Porto and Antwerp, and new staging of I due Foscari for Maggio Musicale Fiorentino

Fascinating rarities and mighty pillars of the repertoire are set to occupy Carlo Rizzi throughout the 2021-22 season. The Italian conductor’s dates in the opera house and concert hall in the coming months are notable not least for their high profile and wide variety. His schedule comprises returns to New York’s Metropolitan Opera, the Opéra national de Paris, Maggio Musicale in Florence and Pesaro’s Rossini Opera Festival, and performances in London, Manchester, Porto and Antwerp. It also embraces two new opera productions, as well as modern-day revivals of Leoncavallo’s Zingari, first performed in London in 1912, and Mercadante’s Il proscritto, both to be recorded for future release on Opera Rara. During the season Carlo Rizzi will also reveal and conduct the world premiere of his newly arranged Tosca Symphonic Suite.

The break from performance enforced by lockdowns and other pandemic restrictions gave Carlo Rizzi time to reflect on music’s value to society and its importance to countless people. “Covid has been a disaster for the performing arts, for those who make it and for those who as audiences give it life,” he comments. “But as we come back to work, we see one small silver lining: that nothing is now taken for granted. It is great to be able to do your job in the theatre, whether you’re a stagehand, a chorus member, orchestral player, singer or conductor. I feel there’s an unspoken happiness that we can once again perform for the public. This is something to keep in mind and preserve long after the pandemic is over.”

In addition to Rizzi’s round of concert and opera performances in 2021-22, he also stars in the upcoming release of a landmark Naxos DVD of Riccardo Zandonai’s Francesca da Rimini. The work, presented in Christof Loy’s new staging for Deutsche Oper Berlin, was live streamed and filmed during Germany’s extended second lockdown in March 2021. “Deutsche Oper did an incredible job to ensure we were able to rehearse and perform safely without social distancing,” the conductor recalls. “I think we created a fine new production of this powerful piece.”

Based on Alexander Pushkin’s The Gypsies, written during the poet’s exile in southern Russia, Leoncavallo’s Zingari deals with themes of jealousy, rage and the torments of passion and unrequited love. Carlo Rizzi will conduct a concert performance of the one-act opera at London’s Cadogan Hall on 3 December 2021 with the Royal Philharmonic Orchestra and a fine cast, including Krassimira Stoyanova as the young gypsy woman Fleana and Stephen Gaertner as her lover Tamar.

“Two years since I became Artistic Director of Opera Rara, I’m looking forward finally to giving my first downbeat in the job,” notes the conductor. “We will perform Zingari in the version that ran at the Hippodrome for many months in 1913 and which almost certainly hasn’t been heard since. We’ve reconstructed it from the original printed piano score that differs from the later version in several places, complete with a different ending. It’s an incredibly strong piece, really beautiful, and a return for Leoncavallo to thrilling verismo after all his lighter works of the early 1900s.”

Carlo Rizzi has chosen to place Zingari in company with the world premiere of his own newly imagined and crafted Symphonic Suite from Puccini’s Tosca. “I worked to create this during lockdown along with a suite from Madama Butterfly,” he recalls. “I wanted to show and underline how skilful Puccini was as an orchestrator, a painter of pictures from the pit as well as being a great composer for the voice. The Suite from Tosca contains only and exactly what’s already there in the orchestral score, but I have re-imagined it to make something new. I think - I hope - that both suites strongly demonstrate that he really knew how to get the best out of the infinite sound possibilities of the orchestra.”

January sees Carlo Rizzi’s return to the Metropolitan Opera to conduct revivals of Puccini’s Tosca and La bohème (8-29 January 2022). “It will be an emotional experience for me to be back in that great theatre after this long break and such uncertainty,” he notes. “I always feel at home at the Met and I look forward to being with this terrific company again.”

Rizzi travels to Belgium following his New York performances for a concert with the Antwerp Symphony Orchestra on 3 February. Their programme comprises the Adagio from Mahler’s Tenth Symphony, Berg’s Seven Early Songs and Strauss’s Morgen and Also sprach Zarathustra. He conducts another compelling orchestral programme on 9, 10 and 13 February, this time with the Hallé at Manchester’s Bridgewater Hall in Stravinsky’s exquisite Funeral Song, Shostakovich’s Piano Concerto No.1 with soloist Heejae Kim and Mahler’s Symphony No.1.

The conductor’s second Tosca of the season comes courtesy of the Bayerische Staatsoper. Anja Harteros takes the title role in this revival of Luc Bondy’s acclaimed production, with Piotr Beczała as Cavaradossi and Ambrogio Maestri as Scarpia. The production opens on 20 February and receives further performances on 24 & 27 February and 4 March. Carlo Rizzi is set to add Massenet’s Cendrillon to his compendious operatic repertoire in the form of Mariame Clément’s new production for Opéra national de Paris, which runs from 26 March to 28 April. “I’ve never conducted this opera before, but I love Massenet and have been very impressed by the director’s vision for the piece,” he observes. “We have a great cast, so I’m really looking forward to working on a production that I really believe will capture people’s imaginations.”

Having conducted one of the first post-lockdown performances in Italy at last year’s Maggio Musicale Fiorentino, Rizzi is scheduled to return to Florence for five performances of Verdi’s I due Foscari. Grischa Asagaroff’s new production, which runs from 22 May to 3 June, includes Plácido Domingo as Francesco Foscari, Doge of Venice, and the thrilling young Chilean-American tenor Jonathan Tetelman (who also features in the upcoming Francesca da Rimini DVD on Naxos) as his son, Jacopo.

Opera Rara has chosen Saverio Mercadante’s Il proscritto for its latest restoration of a forgotten work from the past. Carlo Rizzi will conduct the three-act ‘melodramma tragico’ in concert at the Barbican Centre on 28 June. The opera, a tale of lost love and political intrigue set during Oliver Cromwell’s Protectorate, was first performed at the Teatro San Carlo in Naples in 1842. It offers flowing melodic lines, rich harmonies and an imaginative orchestration. The score has now been restored from the original manuscript by Opera Rara. “Mercadante fought a personal crusade to renew opera during the 1820s and 1830s, and you can hear the fruits of that in Il proscritto,” the conductor notes. “It’s always particularly thrilling to go back to an original manuscript and I am very excited that, with this project, we will be giving life to some glorious music that hasn’t been heard for almost two centuries.”

The season ends for Rizzi with a return to the Rossini Festival in Pesaro next August for Rossini’s La gazzetta, a topical satire on the ways in which newspapers hold sway over people’s lives. “This is the only comedy he wrote for Naples and is given extra flavour by his use of the Neapolitan dialect. I’m so happy that we will be performing it at Teatro Rossini, which is such a beautiful space for opera and so rich in history! It also has air conditioning!” he laughs.