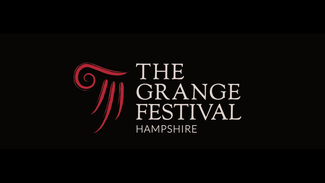 To coincide with the planned 2020 season, The Grange Festival will be streaming free online performances of three highlights from their previous seasons.

The first offering, on Sunday 24 May, is the five-star “absolute must-see” production of Handel’s Agrippina from the 2018 festival. Anna Bonitatibus heads a world-class cast which includes Raffaele Pe as Nerone, Stefanie True as Poppea and Ashley Riches as Claudio. Robert Howarth conducts the Academy of Ancient Music whilst Walter Sutcliffe’s staging brings to life the humour, satire and egomania of one of opera’s most outrageous leading women.

A concert performance of Leonard Bernstein’s hugely popular Candide follows on Friday 5 June, to celebrate what would have been The Grange Festival’s opening night. With the Bournemouth Symphony Orchestra under the baton of Alfonso Casado Trigo, a talented cast brings together the worlds of opera and musical theatre, led by Rob Houchen as Candide with Katie Hall as Cunegonde (who truly sparkles in her showstopping number ‘Glitter and be Gay’). Rapturously received in 2018, this clever, witty and optimistic riff on humankind certainly highlights “the best of all possible worlds”.

The third and final stream is Mozart’s operatic masterpiece Le nozze di Figaro, which will be available from Sunday 12 July, the Festival’s intended closing night. This lively concert performance from the Barbican is based on the successful staged production seen at the 2019 festival and features a strong cast of singers that includes Roberto Lorenzi in the title role, Ellie Laugharne as his bride-to-be Susanna, Toby Girling and Simona Mihai as the Count and Countess and Wallis Giunta as Cherubino. Richard Egarr conducts the Academy of Ancient Music in a work that blends social satire with Mozart’s glorious orchestral music, much-loved arias and impressively intricate ensembles.

All three performances will be sung in the original language with surtitles in English and will be free to watch for a minimum of thirty days. Further details and direct links can be found on The Grange Festival’s website: www.thegrangefestival.co.uk/streaming

From Sunday 12 July
LE NOZZE DI FIGARO – Mozart (concert performance from the Barbican, 2019)
Sung in Italian with surtitles in English