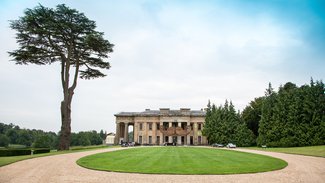 Following three days of live auditions, twelve singers have been selected to advance to the semi-final of the Grange Festival International Singing Competition, taking place at Merchant Taylors’ Hall in London on Monday 21 October 2019. In this, the second biennial competition, repertoire will be music composed up to 1830, and applications were open to singers of all nationalities up to 32 years old.

The semi-final will see each singer perform a ten-minute programme accompanied by piano or harpsichord, before a public audience. Six singers will be chosen to perform in the final (Thursday 31 October 2019) with the Academy of Ancient Music, conducted by Peter Robinson, at Merchant Taylors’ Hall. The offer of a role at a future Grange Festival, as well as prizes of £10,000, £5,000 and £2,500, will be awarded to the three highest placed finalists. Other prizes include the Audience Prize, Academy of Ancient Music Prize and Waynflete Singers Prize.

“How best to spend a long weekend? Not many would think of listening to 70 or so young singers from all over the world coming to show what they can do for 10 minutes at the Royal Academy of Music in London. For us judges, it was completely enthralling, in fact inspiring. Each sang two numbers, from the whole range of the classical music spectrum. What were we looking for? To be totally engaged with what they were communicating to us, and, if possible, to be on the edge of our seats and have our hairs stand up and our spines tingle. And I can honestly say that with the 12 we have chosen for the semi-final in October that is certainly the case. Indeed, we wanted to choose quite a few more. And that is when the whole operation becomes a bit brutal. But I have to thank and congratulate every single candidate for making such a magnificent effort and opening all our minds to what the future of opera and song and oratorio is going to sound like. It promises amazing things.”