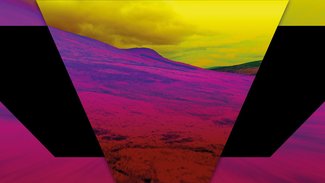 When the curtain rises on Wagner’s Die Walküre at Harpa Hall in Reykjavík on 24 February 2022, a moment of operatic history will be taking place in Iceland.

A collaborative project between The Icelandic Opera, Iceland Symphony Orchestra and the Reykjavík Arts Festival, initially programmed for May 2020 and then postponed to February 2021, Die Walküre will finally be staged at Harpa Hall in February 2022. This performance marks the first time that the opera will be performed in Iceland. It will also be the first Wagnerian opera to be performed by the Icelandic Opera since Der fliegende Holländer in 2002.

Die Walküre is a co-production with Opéra National de Bordeaux and received its premiere in France in May 2019 to critical acclaim. One major difference to the performance in Bordeaux is that, due to the limited size of the orchestra pit at Harpa Hall, the players of the Iceland Symphony Orchestra will be seated on the stage.

Steinunn Birna Ragnarsdóttir, CEO and Artistic Director of The Icelandic Opera, shares her thoughts: “It is of vital importance to us to be able to share this Wagner production with Icelandic audiences now that the future has started up again, and to provide the opportunity to experience this magnificent opera with a stellar cast. We shall have to disappoint Wagner by placing the orchestra on the stage, but hopefully not the audience!” She concludes with further optimism: “Hopefully there will be more Wagner to come at Icelandic Opera in the near future.”

A strong international cast is headed by the celebrated Wagnerian soprano Iréne Theorin as Brünnhilde, a role she has sung throughout the world, most notably Barcelona, Bayreuth and Berlin. Having previously sung Alberich internationally, Icelandic baritone Ólafur Kjartan Sigurðarson will now make his role debut as Wotan.

Another acclaimed Wagnerian and one of the world’s leading heldentenors, Christopher Ventris, sings Siegmund with a fellow Brit, the soprano Claire Rutter, in the role of Sieglinde. German mezzo-soprano Christa Mayer makes her Icelandic Opera debut as Fricka and Icelandic bass Kristinn Sigmundsson sings Hunding. The Valkyries are performed by eight singers from Iceland.

The information in this press release was correct at the time of sending. Please check the company’s website and social media for the latest updates.