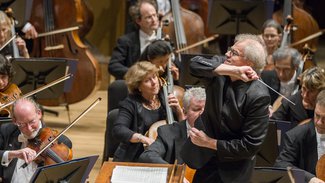 Founded in 1903, the Minnesota Orchestra is one of the United States’ finest orchestral institutions, a reputation they have continued to build on since the appointment of Osmo Vänskä as their Chief Conductor in 2003. Together, they have embarked on major European tours, including performances at the BBC Proms, Edinburgh International Festival, the Vienna Musikverein and the Berlin Philharmonie.

In August 2016, the Minnesota Orchestra and Osmo Vänskä returned to Europe for the first time in six years. The tour included performances at Edinburgh International Festival (23 August 2016), as well as concerts in Lahti, Amsterdam and Copenhagen. In August 2018 they returned to the BBC Proms and undertook a five-city tour of South Africa marking the first visit to the country by a professional U.S. orchestra.