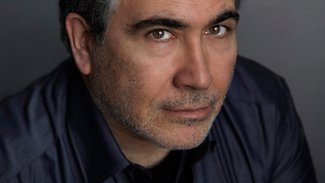 Italian conductor Carlo Rizzi ranks among today’s leading conductors, equally at home in the opera house and the concert hall. Since making his UK conducting debut in 1988 at the Buxton festival, he has gone on to conduct productions at the Royal Opera House, Covent Garden and Opera North, and he's a regular guest at some of the world’s most prestigious opera houses. In 2016 Rizzi was nominated for Best Conductor at the International Opera Awards, and in 2019 he was announced as the new Artistic Director of Opera Rara.

From 1992 to 2001 and again from 2004-2008 Rizzi was music director of Welsh National Opera, and in September 2015 he took on the new role of Conductor Laureate of the company. This ongoing relationship saw him return to WNO in 2018, 2019 and 2020 for their 'Verdi Trilogy', featuring new productions by David Pountney of La forza del destino, Un ballo in maschera and Les Vêpres siciliennes.

In the 2021/22 season Rizzi will return to Opéra National de Paris and Maggio Musicale Fiorentino Festival to conduct new productions of Massenet's Cendrillon and Verdi's I due Foscari, as well as returning to the Metropolitan Opera, Bayerische Staatsoper and Rossini Opera Festival. On the concert stage, he will make welcome returns to the Hallé and Antwerp Symphony Orchestra.

"In an era when opera performances are so often entrusted to the merely competent, it was a thrill to hear a score illuminated from within by a conductor of such insight, able to communicate with such clarity. Every detail of phrasing was meant, telling, and exquisitely realised."

Carlo Rizzi analyses Puccini's 'Nessun dorma' ahead of his performances of Turandot with the Canadian Opera Company. 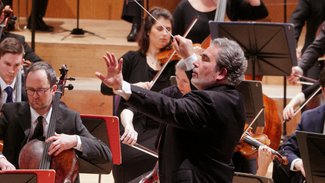 Carlo Rizzi’s 2018-19 season includes Tosca and Mefistofele at the Met, Falstaff in Tokyo, a new production of Un ballo in maschera at Welsh National Opera and symphonic concerts in Japan, Italy and Spain.