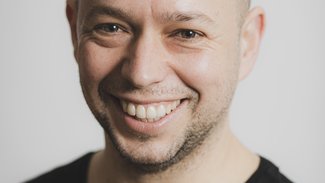 Luke’s most recent opera Ned Kelly premiered to critical acclaim at the 2019 Perth Festival and was a finalist in the 2020 Arts Music Awards. Most recently Luke’s song cycle On Bunyah, written for Mark Padmore and the Britten Sinfonia setting poetry by Les Murray, premiered at the Wigmore Hall followed by a UK tour and performances in Australia.

In 2022, two new works by Luke Styles are set to receive their world premiere in the UK. On 29 April, his Saxophone Concerto Tracks In The Orbit, commissioned by BBC National Orchestra of Wales and the Tasmanian Symphony Orchestra, will be premiered in Cardiff. Choral work Voices of Power, commissioned by the Three Choirs Festival and the Philharmonia Orchestra, will receive its premiere on 28 July 2022 at the Three Choirs Festival with contralto Hilary Summers and the TCF Youth Choir.

"...the orchestral writing is crisp and incisive, conjuring up with imagination the successive atmospheres required for the tragedy’s trajectory”.

Luke Styles marks his 40th birthday year with Tracks in the Orbit, new saxophone concerto for Iain Ballamy, and Voices of Power for this summer’s Three Choirs Festival